At once moving and merciless, Paradise Field presents in collage the life of a father as seen through a daughter's eyes, from her early life to his death and beyond. An engaging and beautifully written meditation on endings, and how we do (or don't) manage to stumble past them. - Brian Evenson

One of the most powerful prose stylists I have ever encountered…dazzling, original, and brings something completely new to American Fiction. - Pat Conroy

In Paradise Field, Ryder writes with wit, brio and laser-like honesty about her father—a man who, having eluded her for decades, is now at the end of his life. The Kafka-esque nature of caretaking and the obscene depredations of age are interlaced with a kind of cockeyed delight: eating a blintz in hell, regarding the clouds, giving death the (frail) finger. Ryder has both the ear of a poet and the soul of a warrior. - Dawn Raffel

When Ryder offers you a furrow, and this she will do, this she will do, here’s my advice: not to tarry, not to resist; hasten, instead, to fetch yourself down into the narrows with her, and find there a sensorium unlikely to crop up in your experience without your having the luck of her fastidious companionship in the lead. Ryder is a vigilance, a pervigilance, a field guide with scruples on every page. – Gordon Lish

There is a powerful alchemy at work in these stories, transforming everyday words and giving them new life, luster, and meaning. Ryder's is the rare and wonderful prose... – Lydia Peel

Paradise Field, digs even deeper than ever before into the fertile ground of family and fathers and daughterhood and tells us what it is to live and die with strength and grace and indignity and meaning, what it means and what it feels to be, in the end, left alone to our own devices. What it means, in the end of all endings, to tend to those emotionally loamy gardens, to give due passage and a ritualized bidding adieu to those we call our own—in this case the father of this book, a WWII fighter pilot, a man who most often, in Ryder’s own words, was a man ‘gone, flying to parts far- flung. —Peter Markus

Irving Malin writes: “…the remarkable results of Ryder's language—it is, after all, the real mystery. She has moved into poetic metaphor and she makes us feel the romantic, brutal, visionary points of view she offers subtly. It is language itself—with its ability to inflect, affect, reflect the narrative. I congratulate Ryder for her stunning achievement". (Hollins Critic)

Anna Leahy writes: “While the subject matter—the Lindbergh kidnapping—connects the individual parts of Correction of Drift, the reader is set adrift in relation to timeframes, narrators, and many other aspects of fiction upon which we usually rely. That said, this book taught me how to read adrift. The most obvious technique Ryder uses to reorient the reader to this different style is excerpts from newspapers and other documents in between the sections”. (The Huffington Post)

Renée E. D’Aoust writes, "Ryder moves beyond fact...to explore the echo between the real and the unreal, between the historical and the imagined. The result is less amorphous: a fully realized work, which reveals Ryder as an irresistible, lyrical storyteller. (The Brooklyn Rail)

She folded the edge of the sheet. She pulled the blanket to his neck.
The father is situated so he can see the day nearly done.
The ferry making its crossing below on the river.
The flat-bottomed clouds sliding by the window.
“Cumulonimbus,” the father said, his face lifted up. “Visibility fair, but fine for takeoff.”
They both look past the big window: the sky above, the bare trees on the banks. Commuter train on the riverside tracks. Dining car. Faces framed in passing windows, the father recalling his train-ride of long ago—scenes of soldiers furloughed home, a compartment of cadets on leave from the flight fields of the western heartlands or heading east to depots closer to the sea.
“Shipping out,” the father said.
Cloud shadows on the water the color of slate. Light aslant through the big window. Lone raptor passing, talons tucked up. A squadron of geese, softly hooting: brown, buff, bone, with underbellies eggshell white.
“Heading south for the winter,” the father said.
“Winter’s nearly gone,” the daughter said.
“Not yet,” the father said as the flock banked and turned, tilting together, taken by the wind from the river.
“No,” the daughter said, “not yet.”
Consider the river.
Consider the wide and slow way of it on its way past the room with the big window, past
the flowers on the sill and the father asleep in his bed—bent and bowed in his
blue-sheeted bed.
Consider the hallowed and unhurried heave of the river, reflecting the sky and the fade
and flow of the day; weighted with ice-shelf shards torn from its banks; the great
plain plait of it, cold and in motion on the cobbled stones of its bed, sliding on
between city shores against the pull of the moon sailing shrouded or unseen over city
skies and sending the salty sea upstream, days from its upstate source and seep, past
snow-laid fields and farms, towns and mountains, white and pure or shadowed by
day, moon-blue by night; past forests or rising bluffs or broad, flinty banks where
ancients knelt and chipped their blades or hunted above in the headlands and cliff
lands and watched the passing of its hallowed, freighted weight; now watched still
though windows by those immured in cubicles stacked above it and wanting only a
view of the river—a river view—and given instead the unbidden vision of time, of
passage, of the inexorable way.
Snow flies from the ledge outside the window, bright against the river.
Tug and tanker.
Flags and a single early sail.
Unfurling the days, the finite, bright and blue winter days. 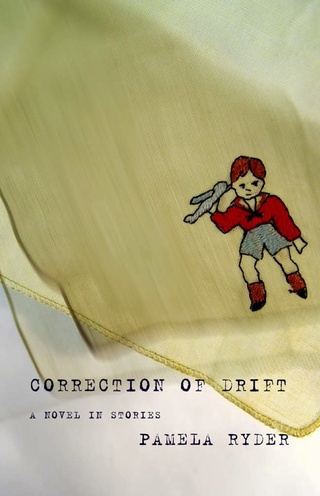 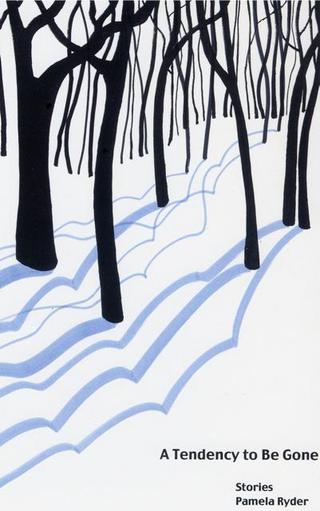